Tommi originally trained at the Royal Swedish Ballet School and worked professionally within dance and music theatre for over 20 years before retraining at the British School of Osteopathy and later becoming one of the first to hold a M.Sc in Performing Arts Medicine from University College London.

He have been working as guest lecturer and teacher at UCL, Royal Central School of Speech and Drama and at Guilford School of Acting and have presented at various symposiums and training days: BAPAM-The British Association for Performing Arts Medicine; ASPAH-The Australian Society for Performing Arts Healthcare, in Sydney; and at ISPS 2017-International Symposium on Performance Science, in Reykjavik. 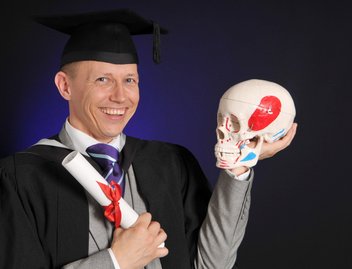 My aim is to promote Performing Arts Medicine, which focuses on the specific demands placed on the individuals (performer or non performer) within all areas of Performing Arts.